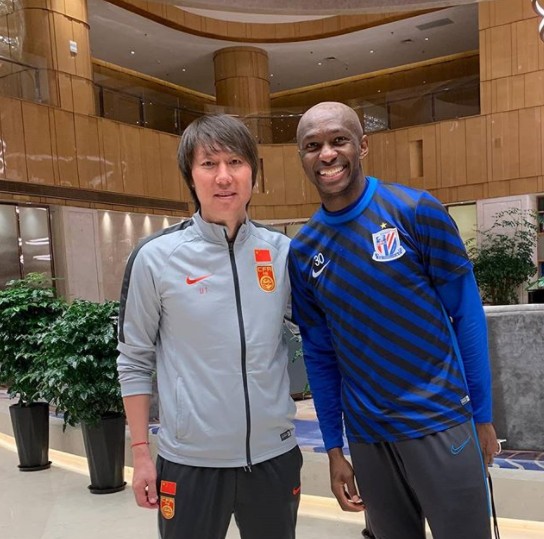 During this period, Shanghai Greenland Shenhua player Mbia also found Li Tie and took a photo with him. Mbia wrote on personal social media: This is the current coach of the Chinese team and my former coach!

Mbia and Li Tie have worked together in the two teams of Hebei Huaxia Fortune and Wuhan Zall. At present, Mbia has joined Shenhua, and Li Tie has also taken over the Chinese men's football team.